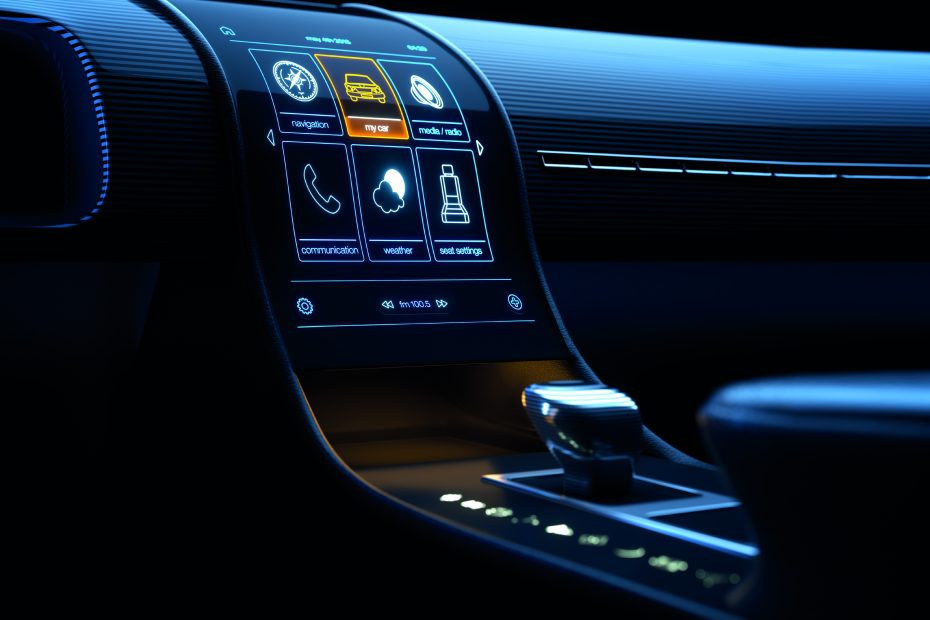 From March 24 to 26, LOPEC, the International Exhibition and Conference for the Printed Electronics Industry, will open its doors on the premises of Messe München. In addition to new materials and machines for the printing of electrical components, market-ready applications are increasingly moving into focus. Flexible displays in particular are changing the appearance and function of electronic devices.

Hardly anything currently inspires the designers of smartphones, notebooks and televisions, of household appliances and vehicles more than curved or even flexible screens. Printed on plastic films, they are not only revolutionizing the appearance but also our interaction with electronic devices of all kinds: “In the future, almost every display will be a touchscreen, and a three-dimensionally shaped one at that,” says Dr. Wolfgang Clemens of PolyIC in Fürth, Germany. At LOPEC, PolyIC will show, among other things, curved displays and control panels with touch function for vehicles, washing machines and other household appliances. “The printed touchscreens and touch sensors are so thin and flexible that they integrate seamlessly into three-dimensionally shaped surfaces,” emphasizes Clemens. Switches, knobs and rigid displays can be eliminated in the future. Unexpected design possibilities are opening up.

The past year marked a milestone in display technology: In September, the first foldable smartphone, transforming into a tablet when folded out, was launched. “After curved screens, foldable and rollable touchscreens are now conquering the market,” explains Dr. Klaus Hecker, Managing Director of the industry association and LOPEC co-organizer OE-A (Organic and Printed Electronics Association). “This spirit of optimism will also be felt at LOPEC,” Hecker emphasizes and adds: “In the case of flexible displays, this is now less about development than about transferring the technology into production.” LOPEC invites companies and researchers from all over the world to exchange ideas and drive the revolution in the electronics market that has only just begun with foldable mobile phones.

TV sets with flexible screens are also greeted with enthusiasm: They are the focus of the plenary lecture “Flexible printed display technology: Opportunities & challenges”, which will be held by Dr. Xiolin Yan, Chief Technology Officer and Senior Vice President of the Chinese company TCL Corporation, during the LOPEC Conference at 9.40 a.m. on March 25. In January, TCL presented the prototype of a television with a rollable display. The screen printed on plastic using the inkjet process is based on a combination of organic light-emitting diodes (OLED) and quantum dots (QD). The QD-OLED layer is located between two electrodes and lights up when current flows. Backlighting as with liquid crystal displays is not necessary. This is what makes the innovative screen so thin, flexible and energy-efficient.

With the session “Flexible and large-area displays”, which will take place from 11.30 a.m. to 12.50 p.m. on March 25, the LOPEC Conference will focus on further facets of the topic: Stefano Gottardi of Simbeyond in the Netherlands will discuss new high-brightness OLED materials, and Professor Kei Hyodo of the Japanese company Yuasa System will address the mechanical stress affecting screens when they are folded and rolled. Dr. Mike Renn of Optomec in the USA, in turn, will present wrap-around screens that can be fully wrapped around the hardware. Alternatives to OLED technology are also featured in the program: In his presentation, Dr. Bernd Zimmermann of the German display manufacturer Plastic Logic will focus on battery-free electrophoretic displays (EPD), which can also be printed on film.

Not only in the entertainment industry, flexible displays overcome the limits of conventional design. In some luxury vehicles you can already find touch screens that integrate perfectly into the center console or the dashboard. In the future, all knobs and switches will disappear from the car cockpit and be replaced by displays. Haptic feedback is intended to facilitate operation so that the driver can keep an eye on the traffic, even when adjusting ventilation or setting the radio station. It shall be possible to feel the virtual switches and controls on the touch screen thanks to vibration or elevations, and successful input is to be confirmed by a pulse to the finger, for instance through a clicking sensation.

In thin, flexible screens, haptic feedback can be best realized with piezo-active materials. They convert the mechanical pressure that occurs when touching the screen surface into electrical voltage. The electrical signal then triggers a palpable feedback. Since piezo materials react quickly and can also be printed, they are ideal for innovative screens. As part of the session “Human-Machine Interfaces”, Nicolas Godard from the Luxembourg Institute of Science and Technology will discuss inkjet printing of piezoelectric films in his lecture during the LOPEC Conference at 4.20 p.m. on 26 March.

The haptic feedback takes the pressure off the visual sense, which, in the digital age, is already overloaded, and is therefore also suitable for other areas: In telehealth or for the operation of industrial plants, for example, it could reduce the risk of incorrect controlling. Games on mobile phones or tablets, on the other hand, could be featured with extraordinary haptic effects.

“At LOPEC, we see that the user industries are increasingly growing together and benefiting each other,” says Hecker. “What is used in consumer electronics today, we will find in the car or elsewhere tomorrow—and vice versa.” Inspiration for all industries, coupled with expert information on materials, equipment and manufacturing processes for the entire value chain of printed electronics—all this is offered at LOPEC 2020.